Information regarding The Phoenicians

Overview of the Phoenicians

Language of the Phoenicians

Decline of the Phoenicians 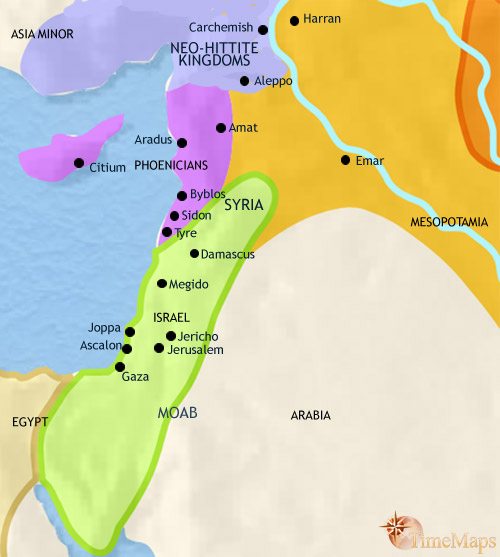 Phoenicia was an ancient civilization in Canaan which covered most of the western, coastal part of the Fertile Crescent. Several major Phoenician cities were built on the coastline of the Mediterranean. It was an enterprising maritime trading culture that spread across the Mediterranean from 1550 BCE to 300 BCE. They established colonies in Sicily an North Africa (where the great trading city of Carthage became famous as one of Ancient Rome‘s most formidable foes), and as far west as Spain (the port of Cadiz is the ancient Phoenician city of Gades).

The Phoenicians were famed in Classical Greece and Rome as ‘traders in purple’, referring to their monopoly on the precious purple dye of the Murex snail, used, among other things, for royal clothing. So far as world history is concerned, however, they are notable for the spread of their alphabet, from which all major modern alphabets are derived.

The Phoenician alphabet was one of the first alphabets with a strict and consistent form. It is assumed that it adopted its simplified linear characters from an as-yet unattested early pictorial Semitic alphabet developed some centuries earlier in the southern Levant. The precursor to the Phoenician alphabet was likely of Egyptian origin as Middle Bronze Age alphabet from the southern Levant resemble Egyptian hieroglyphs, or more specifically an early alphabetic writing system found in central Egypt.

The oldest known representation of the Phoenician alphabet is inscribed on the sarcophagus of the King of Byblos, dating to the 11th century BCE at the latest. Phoenician inscriptions are found in Lebanon, Syria, Israel, Cyprus and other locations, as late as the early centuries of the Christian Era. The Phoenicians are credited with spreading the Phoenician alphabet throughout the Mediterranean world. Phoenician traders disseminated this writing system along Aegean trade routes, to Crete and Greece. The Greeks adopted the majority of these letters but changed some of them to vowels which were signifiable in their language, giving rise to the first true alphabet.

Phoenician art lacks unique characteristics that might distinguish it from its contemporaries. This is due to its being highly influenced by foreign artistic cultures: primarily Egypt, Greece and Assyria. Phoenicians who were taught on the banks of the Nile and the Euphrates gained a wide artistic experience and finally came to create their own art, which was an amalgam of foreign models and perspectives.

The Phoenicians were among the greatest traders of their time and owed much of their prosperity to trade. At first, they traded mainly with the Greeks, in wood, salves, glass and powdered Tyrian purple. Tyrian Purple was a violet-purple dye used by the Greek elite to color garments. In fact, the word Phoenician derives from the Ancient Greek word phoinios meaning “purple”. As trading and colonizing spread over the Mediterranean, Phoenicians and Greeks seemed to have unconsciously split that sea in two: the Phoenicians sailed along and eventually dominating the southern shore, while the Greeks were active along the northern shores. The two cultures clashed rarely, mainly in Sicily, which eventually settled into two spheres of influence, the Phoenician southwest and the Greek northeast.

In the centuries after 1200 BCE, the Phoenicians were the major naval and trading power of the region. Phoenician trade was founded on the Tyrian Purple dye, a violet-purple dye derived from the shell of the Murex sea-snail, once profusely available in coastal waters of the eastern Mediterranean Sea but exploited to local extinction. The Phoenicians established a second production center for the dye in Mogador, in present day Morocco. Brilliant textiles were a part of Phoenician wealth, and Phoenician glass was another export ware. They traded unrefined, prick-eared hunting dogs of Asian or African origin which locally they had developed into many breeds. To Egypt, where grapevines would not grow, the 8th-century Phoenicians sold wine, the wine trade with Egypt is vividly documented by the shipwrecks located in 1997 in the open sea 30 miles west of Ascalon. Pottery kilns at Tyre produced the big terracotta jars used for transporting wine and from Egypt they bought gold.

From elsewhere, they obtained other materials, perhaps the most important being silver from Iberian peninsula and tin from Britain, the latter of which, when smelted with copper (from Cyprus), created the durable metal alloy bronze. It is also apparent that there was a highly lucrative Phoenician trade with Britain for tin.

Cyrus the Great conquered Phoenicia in 539 BCE. The Persians divided Phoenicia into four vassal kingdoms. They prospered, furnishing fleets for the Persian kings. Phoenician influence declined after this. It is likely that much of the Phoenician population migrated to Carthage and other colonies following the Persian conquest. In 350 or 345 BCE a rebellion in Sidon led by Tennes was crushed by Artaxerxes III.